Run 1326 -4 September: Nelle and Shay will host run 1326 on the 4th September 2006 at Vaivase - tai, opposite the Samoa Polytechnic, nextdoor to the DB taxi stand - Alailima Family Hostel.

See you all on Monday

Run 1327 - 11 September: Harry Potter, FBI and ACDC co-hosts at Von Reiche Compound behind MADD Gallery, Moto'otua. Landlord has permitted our use of their swimming pool but no stupid antics....


Let Sassy know know if you can host a run. 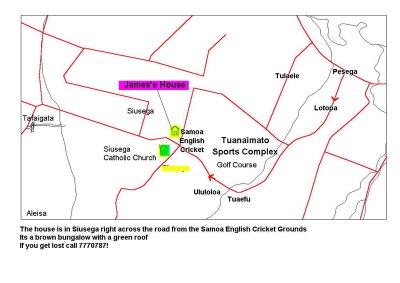 Talofa all
Run 1325 will be hosted by Da Bod and Swinger from their Siusega Home. Entrance is opposite the English Cricket Pitch/Aussie Rules field at the sports complex at Faleata. Will try to get a map together for those who do not know where the love-bach is. We do not want to lose anyone in the bushes so pls be prompt.

Onon
SassygirlBJ
Posted by Sassy of Samoa at 4:02 pm No comments:

Run 1327 - 11 September: Harry Potter, FBI and ACDC co-hosts at Von Reiche Compound behind MADD Gallery, Moto'otua. Landlord has permitted our use of their swimming pool but no stupid antics....

OnOn
Posted by shafternflo at 11:02 am No comments:

Next week's "Live Run" will now be a "Dead Run"
Everyone is still expected to be at Tramp and WIB's place up Vaoala by 5.15pm. Due to some unforseen circumstances, the run will be set closer to home. Please ensure that you are on time as we do want to start sharp on time as it gets dark rather early.

Onon
SassygirlBJ
Posted by Sassy of Samoa at 12:51 pm 1 comment: 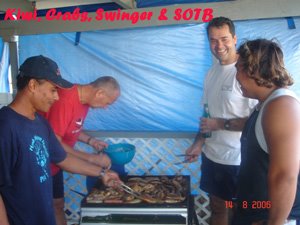 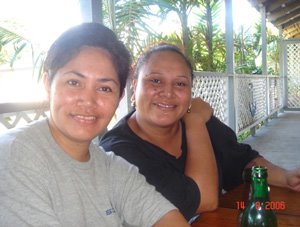 Well, Father's Day has been and gone and no doubt some fathers got a good going over whilst others, got bugger all.

The hashers met at the Apia Yacht Club at 2pm, doubtful as to whether a run will take place or not. However, true to form, the lot started rolling in at 2.15pm so Son of the Bitch and Kiwi were despatched with strict instructions to keep the run short as the ambulance service was also on holiday.

The trot started off on the seawall, heading towards the Observatory amidst all the party animals on the seawall. This was followed by a gentle trot around the back of Tiafau, pleasantly enough at the beginning. Harry Potter took off looking for a good work out, calling out to Sassygirl that he wanted to kill himself..... at that time of the day, that could easily have been arranged!! The firm trot turned into bloody muck as Sassy went knee deep in the mangroves whilst Harry Potter flittered around in the mangroves like a butterfly calling onon. Lucky he wasn't close enough, he would have gotten a mouthful of the muck. Thank goodness for Crabs and Snake who came to the rescue of the one who must be obeyed and pulled her out. In the meantime, the pikinini hashers had caught up as if walking on water and merrily clambered up the mangrove plants. Snake stayed behind to help all the damsels who could be heard cussing and carrying on. Swinger got an earbashing from BB when she sank up to her waist in the shit and was not amused.

To get through the mangrove bush required one to be a contortionist at best. The troops finally emerged filthy and hyperventilating to encouragement from HCP and Lezzie whose excuse was that he had arrived late and was subsequently chased by dogs whilst following the trail. Yeah Right... which dog was this one Lezzie!!!!

The run ended in the sea for a good soaking to rinse the crap off.... Thank goodness there were no New Shoes on the day....yikes, imagine drinking out of them!!!PASS.

New hasher Tim was initiated on the day by drinking out of his shoe, much to the amusement of the seasoned hashers. Christian, the groupie had one too for being seated during the proceedings.

Can't remember the rest of the awards..... so be it.
Everyone agreed that the hash trot was a fantastic one, short and trying.
Fantastic BBQ!!! The lot finally left at 1945hrs.

Onon SassygirlBJ
Posted by Sassy of Samoa at 12:25 pm No comments:

Ford Explorer,
Year 2000, Black, Auto, CD, AC, new tyres, full service history, owned by expats since arriving on island. An excellent vehicle for families, trips to Savaii, and cruising over to the south coast. $40,000 or make an offer.

Kiwi will set the run.. BYO for BBQ and drinks - AYC bar will be opened for drinks

OnOn
Posted by shafternflo at 8:40 am No comments:

Where : On the Locks

See ya all
Posted by shafternflo at 2:15 pm No comments:

Lezzie and ACDC will provide the meats and would those delightful young desperate housewives and housemen pls bring along a salad to accompany the meats.

See you all then
onon

SassygirlBJ
Posted by Sassy of Samoa at 11:21 am No comments:

Thanks for a what turned out to be a delightful evening after all last night. Much fun was had by all. Thanks to Godfather and the Roadside singers or swingers for the
entertainment. Poor Lezzie almost broke his back trying to impress everyone with his
dance moves. Thank goodness the only thing he broke was his shades.... could have been worse, he could have dropped his partner on her head and resulting in a courtcase...will try and put together a hash trash as FBI is missing in action again.

Thanks to Son of the Bitch, ACDC, Lezzie and Lewinsky who paid for the jugs of down-down plus many more later on. Thanks to those who merrily partook of the jugs without using their bloody brains to reciprocate. Thanks to all the other strays picked up on the roadside who enjoyed the singing, free drinks and feed. May they one day turn up to hash and pay.

Now here comes the issue that a number of our hashers are annoyed with but do not
vocalise, and which I have no problem doing. Last night almost ended up in a nasty
scenario so I have decided, enough is enough and things need to be straightened out. Just to ensure that all the hashers know a few facts and take this into consideration and perhaps offer to help some-times: "Hello.... hash is suppose to be fun if everyone does their part!!!"

1. Kiwi, SOTB, Lezzie, ACDC, Flo, myself etc., are not the official BBQ cooks. We do not go to hash so we can end up serving every one else. Please feel free to offer now and then to cook. It never fails to amaze me how some of the hashers would distance themselves from the BBQ until the food is cooked. They are the first to flock in and grab food, whilst the idiots doing the cooking wander off and sing with Godfather.
2. It is highly recommended that those who love to eat, should also be keen to cook and not sit around on their backsides and expect others to cook for them.

I am using this forum to vent my disappointment so there is no second guessing or
mistaking what is being said. We all want to enjoy ourselves, and whilst we do not mind cooking now and then, it is not acceptable to be taken for granted that we shall do this all the time and for heaven's sake, lets keep hash fun for EVERYONE!!!

Now that I have said my piece, I hope that there will be some attitude changes in the upcoming hashes. If you are cooking at BYO BBQs, dont cook only your food and leave the others to do their cooking. Make it a team effort.

Oh by the way, many thanks to Agent Orange for preparing all those nice salads and for offering to help doing anything else as she was not good at bbqs.

SassygirlBJ
Posted by Sassy of Samoa at 3:15 pm No comments:

Run 1322 - 7 August: Hosted by ACDC at Tiafau Fale, next door to Hotel Millenia
Run 1323 - 14 August: no-one at this stage-is this a public holiday for Father's Day?
Run 1324 - 21 August: Woman In Black and Tramp, the Run will have to start sharp
1715hrs. This will involve some transporting of hashers so
please turn up early. The pickup point will be advised soon at
at a theatre near you.
Run 1325- 28 August: Possibly Soprano and Just Missed at Alafua or Swinger and BB Da Bod at Siusega or Tanumapua
Run 1326 -4 September: Nelle and Shay at Vaivase
Run 1327 - 11 September: Harry Potter, FBI and ACDC co-hosts at Von Reiche Compound behind MADD Gallery, Moto'otua. Landlord has permitted our use of their swimming pool but no stupid antics....


Let me know if you can host a run.

onon
SassygirlBJ
Posted by Sassy of Samoa at 3:04 pm 2 comments: