The Hash will be hosted by Proboner, POD and Lewinsky as well as the Happies at Taumeasina. Run starts at 5.30 PM. Bring your Hash Cash of 20 tala and swimgear if you want to jump in the sea after the run.

Hash 16 May 2016
Hosted by Ill Capo - no scripture seems to have eventuated, but we must surely record the naming of Black Swan, Firstcummer, Loose Lips, Pusiapa, Angry Bird and little Marco Polo.

Hash 23 May 2016
With Pumouli still overseas and yours truly just returned, it seemed the right thing to do to volunteer as the scribe – we couldn’t possibly have two more runs off the record!
This hash was at Eveready and Karaoke’s place, and the theme pink as usual there. What was unusual was the length of the run: 9km set! We started a bit late, and so most of us took a shorter route to return before dark when the nuts and keg were waiting.
The grand circle counted 33 heads, with newcomers Prue and Barry from EnZed, Screamer from Oz, and Ruby, Grace, Sarah and Connor from the YouKay, plus Wendy from the YouEsOfA? It proved worthwhile to have trained introducees in hash rules, as HotNuts had to take a double and ACDC a single for their non-hash names being used in vain by these newcomers.
Many retreads this month: ACDC, Godfather, Karaoke, Eveready, Mr Whippy and Prince – in all excuses their families played a big role as you would expect. Shoe inspector Firstcummer did not take long to point the finger at Cunning Linguists whose neon laces had already provoked much glee before. In the absence of Pomouli, any relevant historic events were simply ignored.
Sort-of celebrities were the Joseph Parker and referee lookalikes Prince and Godfather, a car crash pointed the finger at Crash, a suicide-by-??? to Swinger and TV appearance by Devine were all good for down-downs, as was Strapon for some obscure reason. Referring to the Rugby 7s, Sarah appeared most closely linked to Scotland and Godfather to Fiji, although ACDC got a downdown relating to “my history” whatever that item in my notes means.
Nominations from the floor came from Il Capo to Eveready for setting an impossibly long run which had however been set by Crash; yet-to-be-named Phil for being a bad artist (having his elei printing destroyed by the housekeeper rather than him ironing it himself); and for Swinger for ignoring the run-setter’s shout that he was going the wrong way.
Sassygirl nominated Firstcummer and GM for noisy wining and dining, which was reciprocated to Sassygirl for her liking the shapes of empty winebottles too much. What do we make of this, I wonder!
Firstcummer nominated a three musketeers award to Godfather, HotNuts and Swinger for rescuing some of her Marguerita that went flying, the glass with ¼ content caught by Godfather and some of the spilt juice being licked off thighs by HotNuts  - who gave an impressive theatrical impression of what had gone on in the public eye. And Swinger? He had gallantly footed the bill…
Sassygirl also nominated Black Swan as the longest person standing at a party and then wanting to take a taxi in pursuit of a friendly driver to go out with. Il Capo nominated Lewinsky for no longer wanting to drink beer, but his drinking of wine resulting in dangerous movements towards the loo – his effort to reciprocate with a “peeping Tom award” failed. Mr Whippy nominated Crime for the Good Samaritan award, ie for reminding of the all-important pink outfit. Lewinsly nominated Eveready and Karaoke for setting a bad example by leaving their weed out to dry – which is a Crime of course. Apparently “It was an experiment”! Well this was all going on a bit long but whatever.
Hops got a double downdown for firstly not stepping forward as a retread and secondly for forgetting his hash name when paying hash cash! Was it really that long ago (or Alzheimer’s)? - but at least he paid. Sassygirl nominated Screamer (from Oz) as an imposter for our own absent Screamer.
Eveready then took the floor to announce the birth of his granddaughter Maya (number four, plus a grandson but he admitted losing track of). A head-wetting toast was combined with that for the Hare (Crash) and both hosts (Eveready and Karaoke).


But it wasn’t over yet, as all those not wearing any pink (in honour of the hosts’ daughter Luanna, whose favourite colour this had been) got to do a few push-ups, another opportunity for HutNuts to show off while some others suffered. Upon complementing Delicious on looking deliciously slim, Godfather did a swash performance of our favourite “Wise men say..” in a tight circle of swinging singers. One to remember – if it wasn’t for all those down-downs!

On On
Cunning Linguist
Posted by Poumuli, IKA Slit at 9:30 am No comments:

Today's run will be hosted by Eveready & Karaeoke from their home at Lotopa. Run will start promptly at 5.30pm. Bring your hash cash of SAT20.00 and your good sense of humor.

For the newbies - take the westbound road like you're heading to the airport. After the Mormon Temple at  Pesega, turn left at the next set of lights just before the blue roofed fales at Lepea. Approx 500meters on your left is Delicious Cakes with other shops. Turn left after this building and drive to the end  to the venue.

Sassy
Posted by Sassy of Samoa at 9:29 am No comments:

The mothers day hash run will start at 4pm on Monday May 9th May at the new Malololelei reserve (see map below).

Take the Cross-Island Road past the Bahai temple and then turn off on Kelsey Lane (huge sign for a Catholic Church). Continue straight, past church compound and keep going as the road turns to dirt road. The compound is at the end of the road where it takes a sharp left turn. It is quite a ways in.

This is a run not to be missed by nature lovers and lovers of birds and bees, flowers and trees… 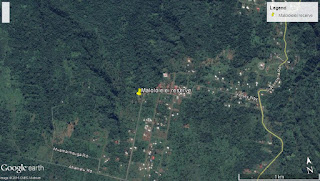 And verily it came to pass, that on the ordained day, at the ordained hour, or thereabouts, the Hash was to be hosted by Strapon at his place in Papauta, a village of holy souls. And as the host appeared, clad in only a loincloth that is called a lava lava, there were murmurings and admirative glances from the Hash Meres, wanton hussies all, and yeay, the call went forth for the Monty that is full to be shown. Being thus inconvenienced, he had entrusted his trusty yeoman Nom Nom to set the trail. An Nom Nom had verily done so, swearing upon it upon all that is holy, yet the trail had been washed away, Nom Nom not being familiar with the divining of the weather, or look out the window. To the accompaniment of much wailing and gnashing of teeth, the pack began commencing the parade of bruised toes. The trail that had been washed away led down the hill, over and into the halls of greater learning by the university that is national. On and on we ran until finally we went past a Hall of the Latter Days and a path was made to the river. As it was of Jordanian proportions, the crossing was as much fraught as it was invigorating. Finally we spotted the road to Strapon’s abode and all was good, with Godfather’s juicy nuts on display.

Hot Nuts had to step in as the GM. New to Hash were Alex from Austria and Sarah from Italy. Their inductees were given a down down as the rules for names usage had been ignored. The retreads were Kieran, Strapon, Godfather, Titty Galore and Gianluca, all joined by the GM for name usage.
There were no celebrities as Your Scribe had been overseas, but This Day in History Awards went to Il Capo and Sara (1945 – Benito Mussolini and his mistress Clara Petacci are executed by a firing squad consisting of members of the Italian resistance movement), Godfather (1947 – Thor Heyerdahl and five crew mates set out from Peru on the Kon-Tiki to prove that Peruvian natives could have settled Polynesia – GF was mates with him), Lewinsky (1998 – A federal judge in Sacramento, California, gives "Unabomber" Theodore Kaczynski four life sentences plus 30 years after Kaczynski accepts a plea agreement sparing him from the death penalty), Witch Doctor (2012 – A pastel version of The Scream, by Norwegian painter Edvard Munch, sells for $120 million in a New York City auction, setting a new world record for a work of art at auction), Swinger (Feast Day of St James the Less), Snake (World Day for Safety and Health at Work) and Poumuli (World Press Freedom Day).

Opening up for nominations, Kat nominated the GM for slamming into her at the river crossing. Poumuli had Nom Nom join her for Hashmanlike Behaviour for charging across the river with no heed for helping the females. This was added to in that he had been chatting up the female shop keepers along the route, trying to sell his nuts.

Godfather had been in Fiji and had a great meet up with Sexpot, Desperate Housewife and Screamer, none of whom run with Suva Hash after trying it once and finding it wanting. Cunning Linguist took this one.

Sassy had of course been broken into recently, but the cops got the guy, so Crime took the Criminals Award. Witch Doctor nominated Poumuli for the Angry Award for yelling at her from Auckland. Kat nominated Nom Nom for laughing at her when she fell in the river. Sassy got Kieran one for being quiet, and Vicky for leaning.