Change of Venue for Today's Run

Hi all
Pls be advised that the venue for today's run is now changed from Aleisa to Lotopa at the back of Adria's Cakes.

SassygirlBJ
Posted by Sassy of Samoa at 1:52 pm No comments:

Well folks
sorry for the delay in blogging last Monday's Run from Pornos home at Taumesina. Bit too much work but will try to give a detailed one over the weekend.
Many thanks to Jason Ward, now renamed by AHHH as Pornos, (will think about whether to blog the reason for the name later on??? lol) for hosting the intrepid mob on his last Monday in Samoa. Here is wishing you all the very best in your new job and you sure will be missed by a lot of the hashers who have become part of your family. Good luck and we look forward to seeing you again soon.
Next Monday's Run 1345 on 22nd January 2007 will be hosted by Luana, Eveready & Karaeoke from Bev Levy's home at Aleisa. Take the Aleisa Road and the Levy's home is directly opposite the first Mormon Church you come to. If you end up on the Lefaga cross island road, then you have gone too bloody far. Call sassygirlBJ on 757 4250 for directions. Will try to post a map soon.
Run 1346 on the 29th January will be hosted by the Great Dane "Haagar" assisted by Oink and goodness knows who else from the Viking's home opposite SPREP-Vailima.
On the 2nd of Feb, Friday is a Full Moon Party hosted by Shafter, Flo and Jay at headquarters No. 2. For the uninitiated, that is Tiafau Fale, next to Hotel Millenia. Bring drinks and there might be a sponsored keg.
onon
SassygirlBJ
Posted by Sassy of Samoa at 3:36 pm No comments: 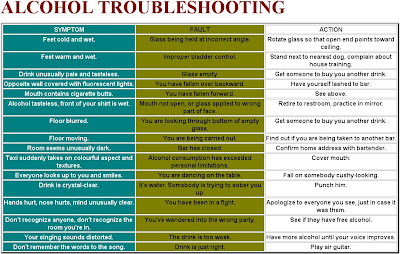 Gday All: Was browsing through Cyberspace and found something which personally I think all hashers should consider.... If last night was anything to go by, I'd say we should have this printed up as small business cards for each hash 'person' to carry....just in case - The FLASH
Posted by The Flash at 6:20 pm 1 comment:

Run 1344 - 15th Jan 2007 - Will be hosted by Jason Ward, who has never been to a hash in the whole time he's been in Samoa. House No. 3 Taumesina Compound.... a stone's throw away from Lewinsky and PODs place. Here is another venue with water so bring change if you intend to swim.
Run 1345 - 22th Jan 2007 - Eveready & Karaeoke have booked this for another run....excellent food...to welcome Luana's beau from Aotearoa. Lets hope he can handle the heat and the madness. Venue will be confirmed in due course.
If you would like to host a run, pls contact Sassygirl at sassygirl@samoa.ws Flo at tauasili@samoa.ws for more information. And remember, you do not get named until you have hosted a run.
onon
Posted by Sassy of Samoa at 2:31 pm No comments:

Talofa all meres and hares
What a hash run and after-party yesterday's run was!!!! No doubt the panadol sales went up trememdously today as the crazy ones nursed their hangovers thanks to "Selena" and her jugs of Chivas Regal....ummm...
The pack set off close to 6pm with several falsies put in for good measure. As Godfather was overheard to say, it pays to procrastinate some times ..... this, while watching the lead pack slide down the mountain side on the other side of the river. The meres at the rear could only stand, stare at the steep climb and say "O my God....bugger this, were going to head back..."
Godfather headed off to pick up the trail, and after a long slog the lead group crossed the damn dam only to discover a cross. Sassygirl who is afraid of heights picked up the trail further down only to find another cross. After a long "on back", the trail took up a hillside or was it a damn mountain side....suitable for goats and other similarly 4 legged animals. This was definitely not made for elderly smoking and drinking hashmen and hash meres. The second group led by Gordon Flash in his Samoan running shoes (flip flops) stuggled valiantly up, cussing and carrying on. Poor Godfather came to Marion and Wildchild Kimmy's rescue and relieved them of their water bottles so they could use both hands to climb and crawl. Sometimes it doesn't pay to carry water either. Poor Flo finally made it to the top, huffing and puffing, took a much needed rest on a log. Whilst Flo was hyperventilating the log decided to depart from the rest of its self and sent Flo down the slope on her backside...thank goodness it wasn't so rocky and there were no stray sticks or stumps in the way, well, except for some hash barbed-wire, which Flash Gordon stood on and the damn barb went straight through his samoan safety boot.
Welcome to the New Hashers as well as the Retreads especially the Retread from 20 years ago from Western Australia and her hubby who are on island visiting family.
Several awards were given later on with poor Lewinsky getting more than his fair share... one for his epic 6 or was it 7 hour swim, training for the marathon swim in the upcoming South Pacific Games... unfortunately, there is no such event! Second, for not listening to perfectly sound advise and going out fishing anyway in bad weather, subsequently losing his boat and having to swim home... and finally for being an idiot and putting his mates lives in jeopardy by taking them fishing with only two life jackets and an esky for floatation...
Flo impressed everyone with her "down down" style....put all the hares to shame as well.
After all the awards Ludo, Carmen and the young Prinz's were named. Ludo who is thinking of pursuing a political career in Europe and for looking uncannily like the British PM was named "Tony Blair". Carmen the fiery dancing Bolivian - South American Beauty - was named "Selena" after the late singer. The two beauties from the Land of Dikes and Windmills were therefore named "Tulip" and "Snow-drop". Impressive how the newly named quartet did not rush off to find water and rinse off. This was later done in the pool which had attracted all the young guns including SassgirlBJ & Karaeoke of course, the youngest of the lot...LOL.
Others made their way of their own accord in to the pool whilst others were carried and thrown in. Poor Princess of Darkness (POD), Wildchild and Flo were all chucked in rather unceremoniously.
Needless to say the groovy and sexy latin music, warm pool, jugs of beer and chivas being served made everyone forget the time. The police also put in an appearance at around midnight for good measure. Finally it was all done and the last lot left after midnight in high spirits as well as full of it.
Happy Birthday to Kiwi who turned 21 again yesterday and looking like 60...LOL... as well as having made his 1000th Run. GM handed over his shirt for this fantastic achievement. Kiwi had also advised that the keg was on him...yippee!
This run has set a very high benchmark of hash runs so maybe we should just have a run from Tony and Selenas every month..LOL
Thanks very much guys for a fantastic evening.
ONON
Posted by Sassy of Samoa at 1:44 pm 2 comments:

onon
Posted by shafternflo at 12:41 pm No comments:

Talofa All
It has been a while since our last official run so we are looking forward to kicking off the year with a great turn-out.
Trust you have all had enough time to recover from the hectic Festive Season.
Tomorrow's Run will be hosted by Ludo and Carmen from their home at Siusega. Drive past the Tulaele Bridge, go past the entrance to Craig's Home, Craig's Compound and turn right and immediately right again. Ludo and Carmen's home is the home with the swimming pool on the corner.

Onon
Posted by Sassy of Samoa at 12:18 pm No comments:

OnOn
Posted by shafternflo at 6:07 pm No comments: