Top of the morning everyone

"Moamoa fou after the last Ford going to channel college turn right to the tar road . My house is the first gate to the left after the bridge.

Theme: the 80s leap year so people can bring their costume to change into or just run in it :)
On on
ACDC"
Posted by Sassy of Samoa at 10:50 am No comments:

This monday's run on the 29th will be hosted by ACDC and his movie director extraordinare, Kristiane Davidson. I believe their theme is the 80s??

As we are not in receipt of a proper map to ACDC's place at Moamoa... then please follow the instructions below until you get lost :)

Head out from town towards Taufusi lights, turn right at Keil's corner and then left at the lights across from AST Hardware. Drive for a long long way till you come to Talanoa Fales which is just before the Chanel College... back track and turn right.. stay on this road until we can find the paper trail :)

Sassy
Posted by Sassy of Samoa at 9:32 pm No comments:

A reminder that Samantha is running the full length of Cross Island Road on Sunday morning (as you do?!). She will be starting at the John Williams memorial at 6am and finishing at Sinalei around 8:30 / 9 am 'ish'. Everyone is invited to support her however you see fit eg run a segment with her, drive alongside as a support vehicle, sit in a support vehicle and herd off vicious dogs, or meet her at the end with a beer (a beer for you that is- maybe a shandy for Sam since she ...doesn't drink?)
The pre-arranged support vehicle has unfortunately just been withdrawn. Sunny Side Up offered on Monday to also provide a support vehicle so if anyone else is interested please let us know.
The celebration at Sinalei will be BYO brunch i.e. BYO food & drink). Children are welcome but please come around the edge of the hotel so you arrive directly at the beach, rather than coming through the hotel.
Good luck Sam!

The Hash was hosted by Sassygirl BJ and Kiwi at the Sassanid Empire in Letogo. We were of course forewarned that this was a Kiwi-set run, and he takes great pleasure in paying back the many down-downs he receives by conjuring up diabolically complex runs of indeterminable duration. In this case we were informed that it would “likely” be an A to B run – meaning that we would be picked up at the end, but we had no bloody clue where that end would be. But eh, it will all be alright in the end; if it’s not alright, then it’s not the end.

So we set off out the challenging vertical driveway to the left and turned up a new access road. We have run here before, so several hashers stupidly took the most obvious trail up the hill behind Sassy’s, that eventually became a false one. Back on the access road and also uphill it was a struggle to concentrate on the paper, which alas led to another false trail. Backtracking several leagues we found the trail leading down into the bush. This was quite a challenge on the feet, with slippery stuff everywhere. We crossed a treacherous creek, made more so by Hot Nuts dashing back – shoving Poumuli out of the way – to gallantly safeguard POD across the rocks. Then it was upwards to the access road again, with another false trail, until we finally hit tarmac and found ourselves at the Vailele church. Wild spread panic was setting in amongst many, who had observed that Kiwi had a flat tire on his truck, so how the f would he be able to pick us up, and this was bloody far already. But that was not enough. Another false trail, then we tracked down across the ford below Fagalii golf course. Crime decided to have a bath there, forgetting that it is an offense to pollute the waterways in Samoa. 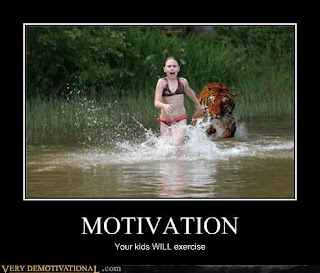 There is a steep winding hill after that which was bravely conquered, and we followed the trail into the Fagalii Golf Club, where, praises to Jah, Kiwi and truck were waiting. The numbers did not quite add up when we boarded, and a few brave meres decided to run back after all. Or on the other hand, face certain death. Those of us who did ride back did so in teeth shattering fear, and we were still sweating profusely. When Kiwi eventually pulled up to Sassy’s, the accumulated sweat and drippings on the truck bed rushed with gravity straight onto those sitting on the back edge, Your Scribe included. There was much washing of hands before Godfather’s cold nuts were put to mouth. 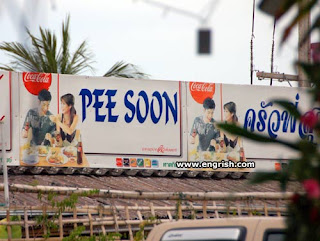 POD as our GM opened the rather large circle, gradually being encased by flying insects attracted by a) the lights and b) the rancid sweat stench, and called the newbies into the circle. These were Dr David and Lisa, med students brought by Nom Nom, and Neta brought by Poolboy and Queen Beeatch. The retreads were Speedhumper, Mr Whippy, Curly and AC/DC. Sunny Side Up was appointed Shoe Inspector, but failed.

This Day in History Awards went to Kiwi, Bacon&Eggs and Curly (1840 – Signing of the Treaty of Waitangi, establishing New Zealand as a British colony), Poumuli (1920 – Under the terms of the Svalbard Treaty, international diplomacy recognizes Norwegian sovereignty over Arctic archipelago Svalbard, and designates it as demilitarized) and Lewinsky (1962 – The United States bans all Cuban imports and exports). 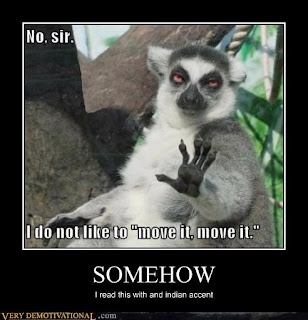 Turning to the run, the GM noted that it had been a particularly dangerous run for buttocks, as Crazy German had been bit on his by a dog. Similarly Hot Nuts had been doing a Superman stretch after the run which so impressed Cupless that she felt compelled to squeeze his. They were joined by Il Capo for her impressive stretching as well. 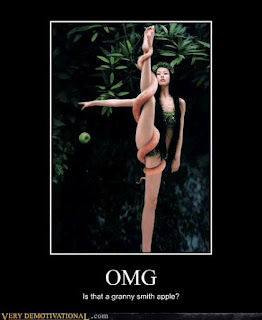 Of course the Super Bowl had just finished with the Broncos defeating the Panthers, so those wearing orange were called in – Ring Ring and Neta. Poumuli intervened, noting that Broncos were a type of horse, and reminded the circle of the somewhat equine visage of Monica Lewinsky, called for Lewinsky to be added to this one. Bam. Mr Whippy sheepishly admitted that his son’s middle name was Peyton. In you go!

Opening up for nominations, Poumuli nominated Hot Nuts for the Immense Loyalty to the GM Award, for shoving him out of the way to assist POD over the, er, treacherous river. Instead this went to the GM for inspiring such immense loyalty.

Sassy nominated Jessica for thinking she was driving a 4WD, and mounted a rock. Speedhumper nominated Lewinsky for the Hubby Go Gently On You Award. 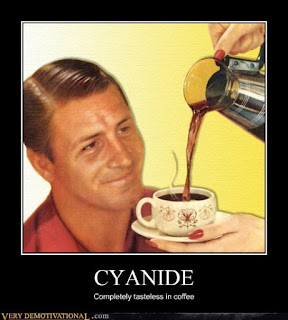 Sassy also nominated Swinger for the Best Nurse Award for flying to Fiji at great expense to be with BB. Curly nominated Mr Whippy for the Hero Award, for making sure the pack stayed together on the run.

Crazy German had been generous and had given away Hash shirts from some of the numerous ones he has attended to Swinger and Lewinsky, yet only Lewinsky was wearing his. Both.

The GM pointed out that the FRBs had all been Meres this run, Press Stud and Samantha, but they were joined by Nom Nom. For Samantha this was her last Hash, and she wanted all the Hashers to sign her Samoan flag. She will be running the Cross Island Road on Sunday, from a 6 AM start at the John Williams Memorial and arrival at Sinalei around 9 AM, and called for Hashers to join her for a run in sections, followed by, at Godfather’s invitation, a beach party at Sinalei.

Next week’s run will be hosted by Eveready and Cougar in Lotopa.

Kiwi and Sassy were saluted and then we feasted on some good Samoan food.

Next Monday's run will be hosted by Sassygirl & Kiwi at Sassy's home at Letogo. Run starts promptly at 6pm. Bring your 20 tala and maybe some change in case you do some river crossings :)
smile emoticon
We have noticed a massive jump in numbers lately so we need an indication for catering purposes... it determines whether you get a whole or half a sausage LOL!!!

Will post up a map shortly if i find it... lol

SassygirlBJ
Posted by Sassy of Samoa at 2:42 pm 3 comments: