The Hash was hosted by the Ninja Family out in Vaigaga. A heavy rain the last few days and dark clouds made it a cool and pleasant evening for a run. A rather oblique instruction to head right was the first of many false trails. Finding the right trail we set off into the industrial zone past Yazaki, but we were soon tramping down little used paths and through a variety of household gardens. While Ninja had used an excessive amount of paper, when there were check points we were (un)helpfully guided by a bunch of local kids. Basically a good run with mostly road but some bush, and on home we went for a taste of Godfather’s ever-sweet nuts.

SOTB had hung back for most of the run, and was thirsty but coherent, and called the circle to order, bringing out the newbies to Hash. These were Takrea (UNESCO), Samuel (claimed to be Dusatrois), Philip, Rowan (brought by someone called Nobu?), Nao and Kano who both got Ninja’s name right. Rowan landed Ninja with a down down though.

There were no new shoes found, so Shoe Inspector Snake got his just rewards. The rethreads were Ladyfinger, Dried Nuts, Screamer, Strangler, Snake and Ben. Celebrity Awards went to FBI (closest living relative was deemed to be Captain Mortein), Pirate Princess (headline Angry Woman Shoots Man), and Lewinsky for being in the biography of Steve Jobs. Ladyfinger had been listening to the radio at 3 AM and heard a whingeing environmentalist woman blather on and on, and this had to be Screamer.

This Day in History saw a multitude of Hungarian events , the 1593 start of the Long War (only lasted ten years), the 1956 Hungarian revolt (no argument that they are), and the 1989 declaration of the Hungarian Republic – all for Zsa Zsa. In 42 BC the Roman general Marc Antony defeated Brutus, causing him to commit suicide, which was all too reminiscent of our feelings towards the GM – SOTB. Lewinsky had helpfully dug up the gem that in 1917 Denmark sold the Virgin Islands to the US for a pittance – Captain Mortein.

Before the GM could get warmed up, Ali was called forward for leaving his car lights on and for leaning. Not losing his thread, the GM had heard disturbing news of a hasher having lost his pussy. While a renaming was not immediately condoned, a Pussyloser Award went to Pussysnatcher. The GM had also been impressed with a hasher sporting a new Samoan tattoo, or as they are also known, hideously disfiguring coral gashes, and our Hungarian surfer Zsa Zsa was joined in the award by Slim Shady who had been chattering about someone called April.

In further news, the GM had been informed that a hash mere had been walking by the road, been offered a ride by a fellow hasher, declined and continued past a rugby practice filed. Intrigued by the muscular gents, she had girded her loins and watched intently. So much so that she was invited to dinner by Lolo Lui. But she DECLINED! Cockblocker Award to Spanky.

We have all seen the increasing spammage activity on the Hash Blog, and through investigative data specialist Lewinsky, the GM had determined that it had to be Slim Shady. She defended herself vigorously by pointing out that Lewinsky can’t even operate a calculator, so by popular vote Lewinsky joined in the Hacker Award. The GM then gave Fang the Wearing Husbands Clothes Award, as she had on Snake’s shirt, but we didn’t ask what else.

After continuous (or is it continual) chattering from Slim Shady, the Dome of Silence was awarded. Picking up again after a mutinous refusal, the GM wondered if after the RWC defeat if there were any Frenchies in the circle, or barring that anyone who’s had any French in them – Screamer and our local Dusatrois were given the Défaite Glorieuse Award. Not to be outdone, two Kiwi volunteers were needed for the Not Choked Award, and this went to Lewinsky and Ladyfinger. In fact a special request for this had been called in by Brazilian Wax!

Opening up for nominations, Spanky offered the Grandfather Award for Crime, while POD nominated Wahoo and Poumuli for the Wedding Anniversary Award. Sondra was trying to say something, but spilled her beer and was joined by Godfather for being overdressed at Hash. Poumuli gave an Environmental Award to Ninja for setting the trail with as much paper as we normally go through in a year. It didn’t end for Ninja there, as his mate Takrea was leaning and Ninja obviously hadn’t told him all the rules.

Hornithologist nominated Spanky for personally getting through 3 beer towers in 3 nights. This is commendable, but no one saw fit to point this out for a backfire. Happily SOTB was forced to join in as a shareholder in all 3 establishments.
Lewinsky had been waiting patiently for Snake to install a new generator, but for some reason the technological terms had puzzled him and it was actually an inverter. Poumuli had to join in for pointing out that this was pedantry, or in plain English pure fuckery. (yes Strangler they are both real words)

Snake wanted to know why we were gulping from pretty tea mugs, and where were the Hash Mugs? Crash Bandicoot was absent, and while we thought Captain Mortein was his closest living relative this instead was bestowed on SOTB. Ninja brought forth the Angry Bird Hat, and asked one of the newcomers who had declined to join the circle as the hashers appeared to her as weird and scary – so a true Chicken Award to Kyoko. Slim Shady joined in for her repeated escapes from the Dome of Silence.
Pirate Princess announced that Jasmine had turned 5 yesterday, and that Captain Mortein had made the perfect cake, so a Boulanger Award was required. Screamer tried to get Pirate for teaching daughters about down downs, but she went into FBI-mode, and since the girls have been to Hash since inception, it was decided that this one should backfire. Hornithologist joined because she is leaving Samoa.

Ali had been driving over the hill when he spotted two hashers beating some people who had crashed into their garbage – Sondra and Ben got a Waste Management (Reservoir Dogs style) Award. But Ben pointed out that Ali had presented himself as a Doctor to alleviate the suffering, so a Non-Doogie Howser Award was required. Further on medical issues, Witch Doctor was called forth to explain her grievous coral cut wounds, but was cut short and was joined by Kat for the Coral Mining Award.

The Hosts and the Hare were saluted as we were salivating over what was a sumptuous Japanese meal.

And finally, we should all ask the question: Did Philip fart? 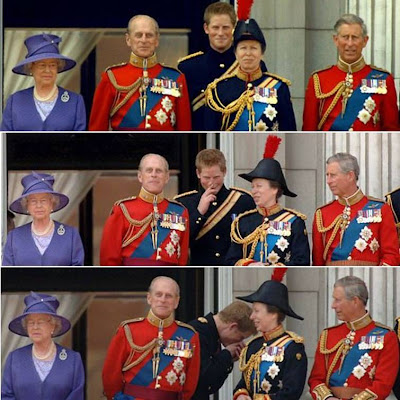