Oh God our help in ages past, we needed strength for this run. Hosted by Princess of Darkness and Lewinsky, with Lewinsky setting a trail that was surely going to test us. The heat was high in the afternoon, as we set off down the familiar paths past Vai Vai’s water torture course, only to find the longest false trail in Hash history. Disgruntled we trundled back looking for the way out, only to be met by a grinning Lewinsky pointing us up to the East Coast Road. There was some confusion here, as the walkers had picked the right track and headed through Apia Park, while the runners picked up the return trail coming the other way. We ran down past the churches and headed right near Vailele. This was a long straight and slightly rising road that eventually took us past NUS. That long road there was hotter than the sun and many were visibly melting. Turning the corner after the cemetery it was straight down to Apia Park, via the back roads we have run on many times. Except when the runners got there the gates had been closed, so we had to add on the long run down to the UN building and back up the road to Taumeasina. Basically the run was a bugger.

SOTB was present and accounted for, and called the circle to order. The newbies were Filomena, brought by Sassygirl, David from Brisbane, and Sue and David who had been invited by Strangler. The rethreads were Slim Shady (in NYC), Ben (recovering from pretending to be part of the road), Eveready (overseeing Delicious’ accident), Bruce and Desperate Housewife (did a double for wearing a cap).

Shoe inspection followed, with the GM doing the honours. We had all seen Pussysnatchers fancy new shoes, but these had been hidden away. Instead Poumuli nominated PS for an award for conspiring with a local cat to piss on Poumuli’s shoes.
Celebrity Award went to Sexpot for the advert in the Observer masquerading as a news story. Should be illegal! This Day in History Awards went to Fireman Sam (in 1960 the US Mercury space programme launched a monkey named Sam into space), PS (feast day of St Paul’s Conversion), Lewinsky for POD (1998 2nd European Space Agency Ariane rocket launched), and Poumuli and Witch Doctor (1995 Norway launches a satellite that Russians mistake for a Trident missile, nearly sparking a retaliatory nuke attack).

The GM had an award for an older fitter hasher who had been spotted on the golf course with not one but three caddies, and female at that, but they looked between 8-9 years old. Tallyho got the Employment Promotion Award, although it was bordering to something else!

Lewinsky had been fishing trying to get some victuals for the Hash, but all he got was a tiny wahoo. So for the Epic Fail Award he was joined by Wahoo. Then there was a special birthday award for Ninja. We also learned that Sassy had qualified for the Classic Pratfall Award, by falling and sliding on a deceptively flat piece of floor, somewhat under the influence, but not so much that she didn’t rescue the bottle of Baileys to the detriment of her rump.

Opening up for nominations we had a bit of a kerfuffle, as Harlech confidently tried to nominate the GM for no apparent reason, and while Tallyho should have explained things a bit better to him, it was decided that Harlech should take the You Need to Have a Point Award. 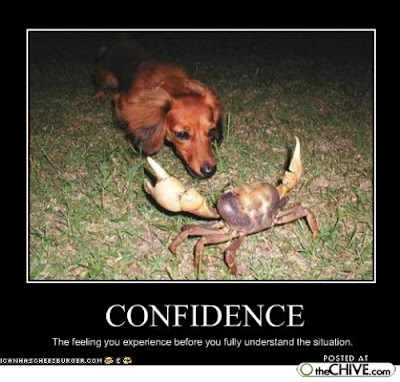 Colm nominated PS for dragging 14 people through a flooded canal, and 10 of them didn’t make it. PS defended himself vigorously, that this was a voluntary event, and he had explained the hazards. A vote was taken, and the Extreme Slippery Award went to them both.

Strangler had been running late and was just behind a car that suddenly stopped in the middle of traffic. SOTB tried to insist that he had stopped to help the Hare get back on time, and Strangler shouldn’t have been up his ass like that anyway, but the crowd was not having this.

Sassy had spotted an incident earlier on the lawn, when a Hash Baby had been stung by a wasp. Lewinsky got an Equipment Maintenance Failure Award. Then there was Titty Galore who had also been at Ninja’s party, going on and on about her early morning yoga classes and have tough they were, and that even Godfather was going. But the combination of yoga and other sports had made him so weak he could not even crack a small taro. Censored Award.

Snatch had been attentively listening to the birthday speech during the Ninja party, but was surprised to hear Sassy yell “speech, speech” almost immediately afterwards. Early Alzheimer Award to Sassy. Back to the run, Sexpot had been sweating trying to catch up, but when he ran past Scoops there was Titty G, eating a feast and waving. This is not what we are supposed to be doing during the run, so a Wrong Award went to Titty G.

Ben, poor guy got a Sitting Down Award, and insisted on standing for the rest of the circle, even as he had been given dispensation by the GM. This sort of Kim Jong Il behaviour should be stamped on next week. DMT had a cellphonus interruptus, while Sassy decided that the three quiet and polite people needed a down-down, Diwai, Sue and David. Poumuli tried to get Lewinsky for the fact that there was nothing on the Lewinsky saga this week, but had forgotten that this had already been raised, so a Stupid Mouth Opens Before Brain Award. Proboner was a latecummer.

Sassy had been asking around for possible hosts, and one couple had agreed to host but only once their house was fixed up. Since Alan had then promptly started painting and fixing, we could only give him a Dedication to Hash and/or Mana Award.
Slim Shady called for a Leavers Award for Colm. Hornithologist started to tell the PS story again, so an immediate Apparently Blonde Award was given. This prompted Sassy to remember the strange chase we had seen on the lawn involving said blonde and Strangler. It was all a bit weird, so we gave him a This Cannot Be Explained Award. 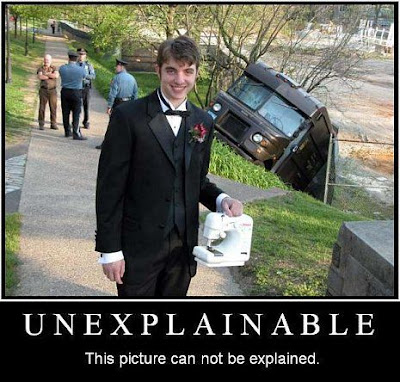 The Hare and the Hosts were then saluted, including Mr and Mrs Lewinsky. They had arranged for a great feast and all were happy to eat after the long run and arduous circle.

There is no host as yet for next week, so watch the blog.
Desperate Housewife will be Assistant Trainee Scribe next week. Also please check out the post from Vai Vai regarding the biathlon.
On On
Poumuli, IKA Slit
Posted by Poumuli, IKA Slit at 1:18 pm